Spiders are one of the most feared home invaders due to the phobias associated with spiders compared to any other pest, and understandably so. If you get bitten by the wrong spider - a black widow or a brown recluse - and you have a bad reaction to the venom, you can end up in the hospital. And while there have been some deaths associated with spiders, that number is much less than you would think (six per decade in the U.S.).

Spiders are a fairly common sight in Louisiana neighborhoods, especially in the Greater New Orleans Area. New Orleans is notable for being home to a variety of several highly venomous spider species, including the black widow and the brown recluse, amongst many other less venomous but equally invasive species.

New Orleans is home to a variety of critters and pests, and unfortunately they are quite adept at finding their way into our homes. To better inform you of common spiders found in New Orleans, please review our facts and information below! 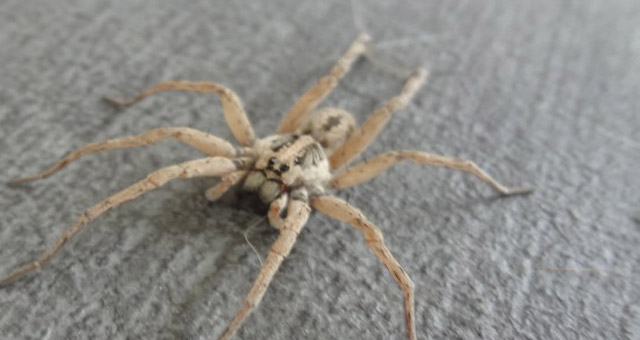 Behavior, Diet & Habits
Some spiders like moisture and are found in basements, crawl spaces and other damp parts of buildings. Others like dry, warm areas such as sub-floor air vents, upper corners of rooms and attics. They hide in dark areas, feed on insects, other spiders and any other prey they are able to subdue.

Reproduction
Females produce an egg sac from which emerge spiderlings. Spiderlings undergo a series of molts and eventually become adults. Males of many spider species court the female. For example, male jumping spiders perform elaborate dances to attract the attention of a female. Mating can be a dangerous event for males, since they may become a meal for the female afterwards.

More Information
Tens of thousands of spider species have been identified throughout the world. These arachnids have eight legs and two body segments. Spiders have three or four pair of eyes. Many spiders have poor vision, but some species of spiders, such as the jumping spider, have exceptional vision.

Spiders do not have chewing mouth parts and commonly utilize digestive enzymes in their saliva to break prey down before consuming it. Additionally, the gut of a spider is too narrow to allow for consumption of large food particles. Almost all spider species are predators, although one plant-feeding species has been documented.

Spiders are capable of producing silk that is elastic, adhesive and strong. This silk is used to spin webs as well as to construct egg sacs and line spider dwellings. The size and shape of spider webs vary by species: some are orb-shaped, while others are funnel-shaped; some webs are orderly, while others appear haphazard. Some spider species live in burrows rather than webs, while others are free ranging and take refuge in crevices.

Spiders can rank high on a homeowner's list of seasonal pest problems. Contact Pied Piper for quick, effective, and environmentally friendly pest prevention solutions for residents and business owners throughout Greater New Orleans. Contact us today for a free quote!